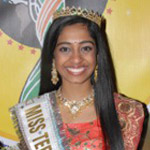 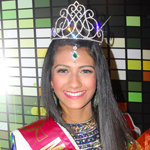 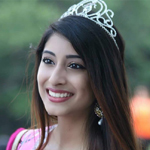 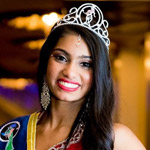 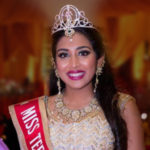 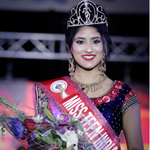 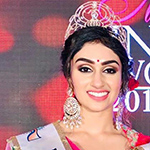 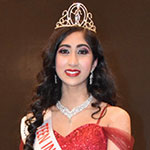 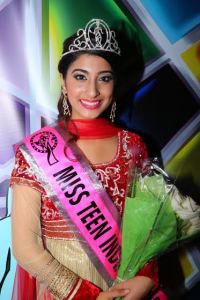 Riya Kaur was crowned Miss India USA 2014 on December 14 at Royal Albert’s Palace in New Jersey. Riya, 15, is from New Jersey and she would like to become an actress or a doctor. She was crowned Miss Teen India USA among eighteen other contestants. The first runner up in Teen was Karishma Malhotra, 15, from New York and the second runner up is Harika Talluri, 16, from New Hampshire. The other two finalists were Shavi Sikaria from Washington State and Nicky Kandola from Virginia. The sub contest winners in Teen section were – Karishma Malhotra from New York – Miss Talented, Harika Talluri from New Hampshire – Miss Photogenic, Nidhi Patel of Georgia – Miss Congeniality and Akila Narayanan of Massachusetts – Miss Facebook.

The pageant started with a stunning performance by all the contestants led by the outgoing queen Monica Gill choreographed by Shilpa Jhurani. All contestants presented their best in their Indian gown segment. The Evening gown segment and Talent round was held one day prior at the Pre-Judging. The top five were selected from the total of all three segments and moved on to Question and Answer Segment.

Dharmatma Saran, Chairman & Founder, presented an appreciation plaque to Mr. H. R. Shah, Mr. Albert Jasani, Mr. Satya Shaw, Ms Nishi Bahl and Shilpa Jhurani for their support in organizing this year pageant. “I am very thankful to the Indian community for its support through the years,” said Dharmatma Saran, “and especially thankful to H.R. Shah and Albert Jasani for supporting the pageant.” Ruchika Arora, state director of the New England Area won State Director of The Year award and was also presented a plaque.

The panel of judges included Dr. Ravi Jhagirdar – President of AAPI, Satya Shaw a cultural activist from Florida, Dr. Binod Sinha – a medical doctor from Edison, Susmita Patel – celebrity make up artist and Ines Hernandez a fashion designer from Dominican Republic. The crowning was followed by a lavish dinner and dance.