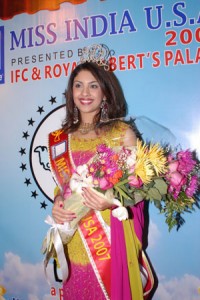 In a glittering function organized on December 28th at the Royal Alberts Palace , Fords, New Jersey, Richa Gangopadhyay of Michigan was crowned Nationwide Miss India USA 2007. Miss India USA is the longest running Indian pageant outside of India. The twenty-sixth annual pageant was organized by the New York-based IFC, headed by Dharmatma Saran, Founder and the Chief Organizer of the Pageant, in association with Royal Alberts Palace. Nationwide, the financial services firm, was the title sponsor of the pageant.

Richa, 21, is in her final year at the Michigan State University majoring in Dietetics and Nutrition and enjoys dance, music, movies and teaching children about health and nutrition. Richa also won the title of Miss Photogenic. She was crowned by outgoing queen Ayushka Singh. Richa will represent USA in the Seventeenth Annual Miss India Worldwide Pageant, also organized by IFC, to be held on February 23, 2008, in Johannesburg, South Africa.

Neha Multani, 22, of New York and Nisha Palvia, 18, of Georgia were respectively declared first and second runners up among 24 contestants from various parts of the country, in the gala event attended by over six hundred people. The other five finalists were Mohar Chaudhury of Texas and Sarika Shah of New Jersey.

The pageant started with a stunning performance by all the contestants led by Ayushka Singh. All contestants presented their best in the Indian and the Evening Gown segment after which the top ten were selected. The top ten contestants then amazed the audience with their talent which included Bollywood dances, Kathak, Bharat Natyam, violin as well as poetry recitation and singing. Winners of the various sub-contests were Priyanca Mody of Delaware Miss Beautiful Smile, Madhu Punjabi of California Miss Beautiful Eyes and Miss Congeniality, Neha Multani of New York Miss Beautiful Skin, Nisha Palvia of Georgia Miss Beautiful Hair, and Mohar Chaudhury of Texas Best Talent. 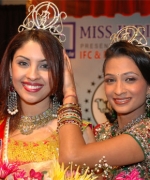 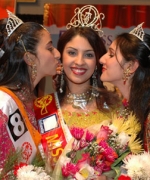 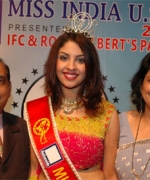 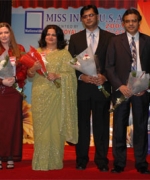 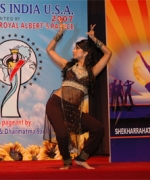 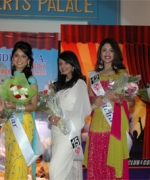