New Jersey: In a glittering function organized by the New York based IFC, Meghna Nagarajan of Georgia was crowned Miss India USA 2003. Rekha Muddaraj of Arizona was placed as the First Runner-Up and Subrina Dhammi of New York got the Second Runner-Up position. The other two five finalists were Anjali Bhardwaj of New York and Sheena Patel of Massachusetts. Niteen Group of Hotels was the Exclusive presenter of the pageant and was presented in cooperation with Air-India, Maaza Beverages & ITV. The pageant in its twenty-second year is the oldest Indian pageant in the USA and has been aptly called “mother of all Indian pageants in the USA.”

The pageant was held at the Ramada Plaza & Conference Center in Edison, New Jersey, and was attended by over five hundred people. Meghna, 19, is in her second year at Georgia Tech and her hobbies include singing, dancing and reading. She plans to pursue a career in Electrical Engineering and also do her MBA. Meghna also won the best talent contest where she sang the famous song “Choli Ke Peche” from the movie Khalnayak in the two different voices of Ila Arun and Alka Yagnik. The other sub contests were won by the following: Miss Supermodel In Style – Rekha Muddaraj (Arizona), Miss Photogenic – Rohini Jain (Georgia), Miss Beautiful Hair – Palvi Waghela (Texas), Miss Beautiful Smile – Rekha Muddaraj (Arizona), Miss Congeniality – Kashish Chopra (Massachusetts).

Twenty-four contestants representing 20 states traveled to participate in this year pageant. “I made more friends this weekend than in my entire life” exclaimed Kashish Chopra who got the Miss Congeniality award. The contest commenced with a dazzling opening dance number led by Priya Arora, the outgoing Miss India USA, which was welcomed by a thunderous applause from the packed ballroom.

Dharmatma Saran, Chairman and Founder of the IFC thanked the sponsors and presented them with an appreciation plaque. “I am overwhelmed with the support we have received from the community as always, said Saran, “which enables us to promote Indian values and performing arts among the Indian youth in America.” “Air-India is proud to associate itself with this noble cause of promoting Indian values, culture and traditions” said Seema Andhare, Regional Director of Air-India.

The pageant was followed by a lavish dinner catered by Madras Mahal and dance. 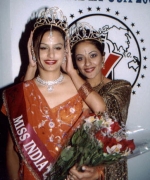 Meghna Nagarajan being crowned by the outgoing queen Priya Arora 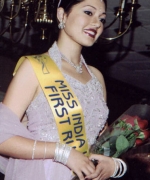 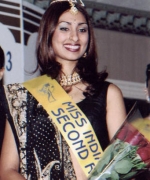 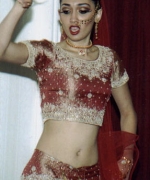 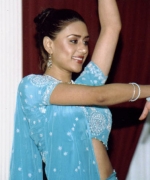 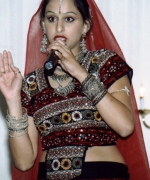 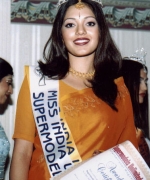 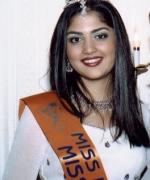 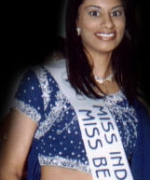 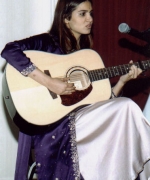 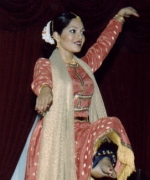 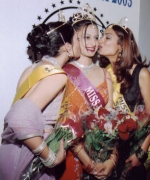 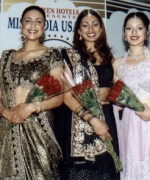