In a glittering function held on October 30, Chandan Kaur of Queens, New York, was crowned Maaza Miss India New York 2011. Chandan, 23, holds Bachelors in Business Administartion and is pursuing her Masters in the same field. Her hobbies include painting, traveling and cooking. The first runner-up position went to Noopoor Akruwala,19, of Long Island and the second runner-up was Raishma Mohan-Ram, 20, of Queens. The other two finalists in the top five were Priyanka Gianchandani and Saloni Jain. The winners will go on to represent New York in the Thirtieth Miss India USA to be held on November 20 at Royal Albert’s Palace, Fords, New Jersey. The winner of Miss India USA will compete in Twenty First Miss India Worldwide to be held on February 25, 2012 in Suriname.
Sumeet Bhinder, age 16, of Upstate New York was crowned Miss Teen India New York. First Runner-Up was Monica Walia and Second Runner-Up was Karishma Malhotra, both from Long Island.

Organized by the IFC, a pioneer in organizing Indian pageants and fashion shows, the pageant was held at the Community Center Auditorium in Flushing, Queens.

The talent segment brought out the best in the contestants as well as the best of diverse Indian culture. The unique element one could not miss among the items performed was that the vast majority of contestants were second-generation Indian-Americans, and yet most of the items presented were of Indian origin.

Exciting entertainment items were provided by Arya Dance Academy choreographed by Shilpa Jhurani, Anuradha Maharaj and Kavita Maharaj and a surprise item by the winner of Boogie Woogie, Sooraj Malhotra from India.

Neelam Saran, chief organizer of the event, thanked the community for its support and presented appreciation plaques to Sabrina Bachai and Aman Kaur. 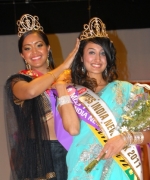 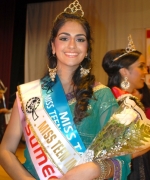 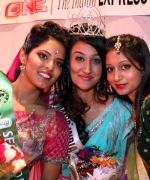 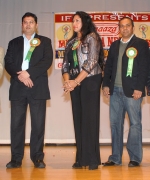