In a spectacular function held on November 11, Neha Multani of Queens , New York , was crowned Maaza Miss India New York 2007. A graduate with Bachelor of Science majoring in Public Health, Neha, 21, was declared winner of the 25th Maaza Miss India New York. The first runner-up position went to Namitha Thanickal, 21, and the second runner-up was Rattan Kaur, 19, of Sunnyside, New York. The other two finalists in the top-five were Annushka Prabhudayal and Tanzie Variava.

Organized by the IFC, a pioneer in organizing pageants and fashion shows, the pageant was held at the Community Center Auditorium in Flushing, Queens. . Twelve contestants from the New York area were selected after an audition to participate in this year’s event.

The curtain opened with the song “masha allah” from the recently released film Saawariya performed by the outgoing Miss India New York, Nisha Mirchandani, who led all the contestants to the stage. The dance was choreographed by Sonalee Vyas… A crowd over five-hundred people cheered all the contestants with a round of applause. The contestants participated in the Indian segment, Evening gown segment and then followed by talent. During these segments, the audience and the judges got to know more about the contestants and their accomplishments.

The talent segment brought out the best in the contestants as well as the best of the rich traditions of diverse Indian culture. The unique element one could not miss among the items performed was that the vast majority of contestants were second-generation Indian-Americans, and yet most of the items presented were of Indian origin.

Then came the announcement of winners. The Best Talent Award went to Annushka Prabhudayal, who had performed a mix chutney dance and Kajra Re. Namitha Thanickal was named Miss Beautiful Eyes, Shaveta Sachdeva was named Miss Photogenic, while Soofia Ali was named Miss Beautiful Smile. After a question-answer segment with the five finalists, Rattan Kaur was announced as Second Runner-Up, Namitha Thanickal as First Runner-Up, and Neha Multani as the winner. The winners will represent New York in the Twenty Sixth Annual Miss India USA to be held in New Jersey later this year. Miss India USA is the longest running Indian pageant outside India.

Dharmatma Saran, Founder and Chief Organizer of the event, thanked the community for its support and presented appreciation plaques to Mr. Rajgopal of Maaza Beverages, Anil Mathur of Air-India and Shekhar Rahate for their enthusiastic support in organizing the pageant. 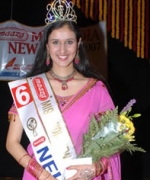 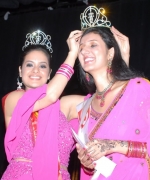 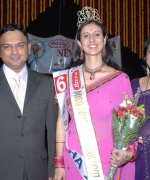 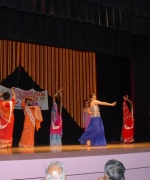 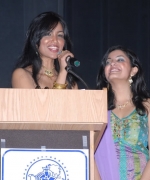 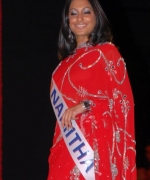 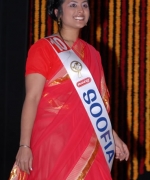 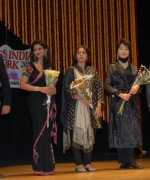 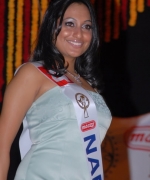 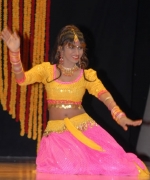 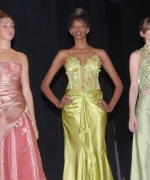 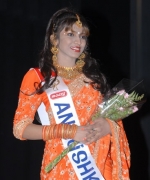 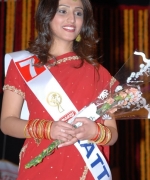 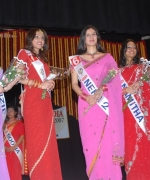 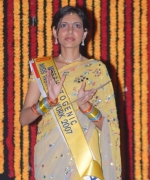 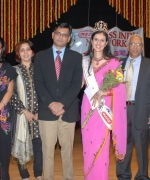 Judges with the Winner 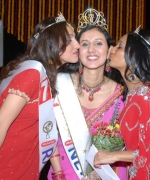 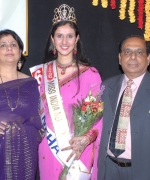 Neelam & Dharmatma Saran with the winner 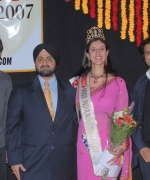 IFC members with the winner