The first runner-up position went to Sonpreet Bhatia, 23; of White Plains and the second runner-up was Megha Lathigara, 19, of Long Island. The other two five finalists were Stuti Gupta of Flushing and Maria Rahman of Queens.

Organized by the I.F.C., a pioneer in organizing pageants and fashion shows, the pageant was held for the first time at the relatively new Hindu Temple Auditorium in Flushing, Queens on July 20, 2002. Seventeen contestants from the New York area were selected after an audition to participate in this year’s event. This year’s pageant was markedly different from those of previous years, because for the first time, the New Jersey preliminary had been held independently from the New York pageant. This is the twenty first year of the Miss India New York Pageant.

The talent segment, performed by top ten contestants, brought out the best in them and the best of the rich traditions of diverse Indian culture. The surprising element one could not miss among the items performed was that most of the contestants were second generation Indian Americans, and yet most of the items presented were of Indian origin.

Then came the announcement of winners. The Best Talent Award went to Malabika Das, who performed a traditional Odissi temple dance. The top five finalists were Megha Lathigara, Stuti Gupta, Sonpreet Bhatia, Maria Rehman, and Amrita Persaud. After a question/answer sessions with the top five finalists, Megha was announced as Second Runner-Up, Sonpreet as First Runner-Up, and Amrita as the winner. Both Amrita and Sonpreet will represent New York in the Twenty First Miss India USA Pageant to be held in Los Angles on August 31 also organized by the IFC.

Dharmatma Saran, Founder and Chief Organizer, thanked the community for its support and presented appreciation plaque to Mr. Rajagopal of Maaza Beverages for their enthusiastic support in organizing the pageant. Pandit Satya Narayan Charka was honored for his contributions to Indian classical dance. Air-India was another major sponsor of the event. 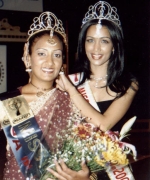 Amrita Persaud being crowned by the outgoing queen Bhavna Toor 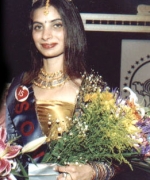 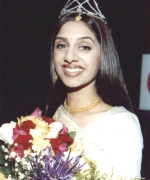 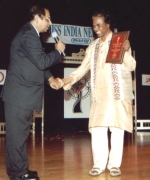 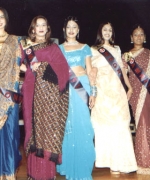 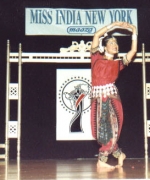 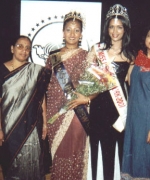 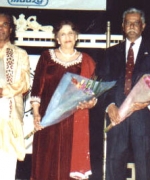 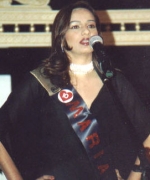 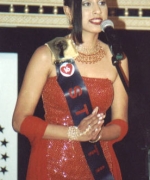 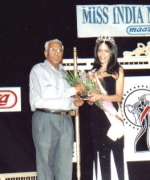 Mr. Raja Gopal of MAAZA being honored by Bhavna Toor 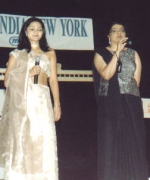 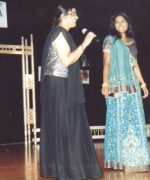 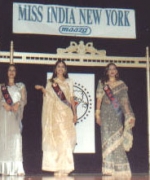 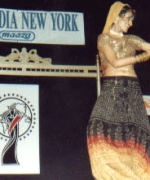 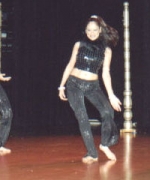 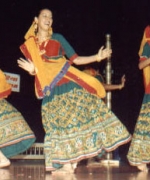 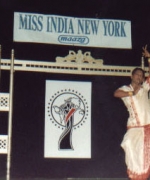 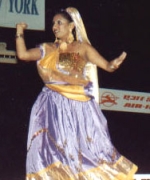 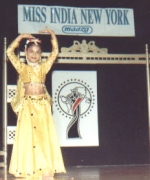 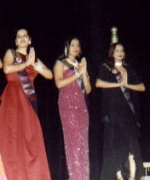 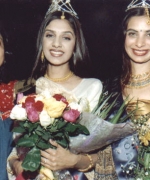 Megha and Sonpreet with Neelam Saran 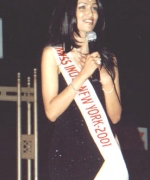 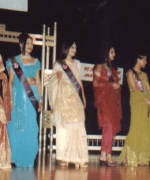